Expand all nodes in survey template

Rationale:
There is often a need to expand all the children of a survey template when editing the template. Currently, we can only expand and collapse for a single node. If the template gets too big or has many levels of child nodes, it gets cumbersome to manually expand all the child nodes to reach the desired node.
So to alleviate this problem we have added an expand all/collapse all icon to the left of expand/collapse node icon which would open the current node as well as all its child node

Rationale:
As part of this release, we have modified the manage survey screen to only display the survey of the regions to which the admin is assigned.
If the admin user is not assigned to any user, then the manage survey screen will display an error message.
The show survey without any region checkbox will now only display the surveys without any regions assigned to it.

Rationale:
As part of this release, we have provided a toggle in the user management login screen to allow the user to activate or deactivate the login right from the user list table. Previously to achieve this, the user would have had to edit the login individually and activate/deactivate the login.

This was done as a request from our client Global Child Forum and with the help of their design team we updated the UI which has removed quiet some confusion now, also make the full use of the space available and the screen is now self explanatory. Following is the before and after screen grabs of the screen 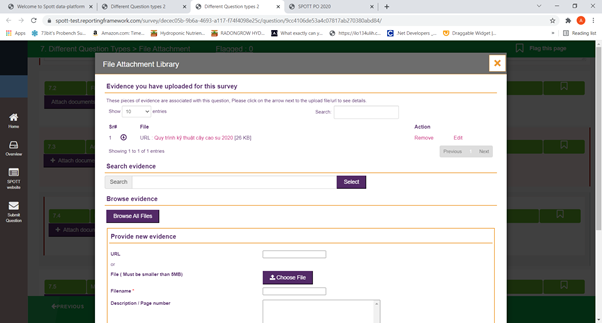 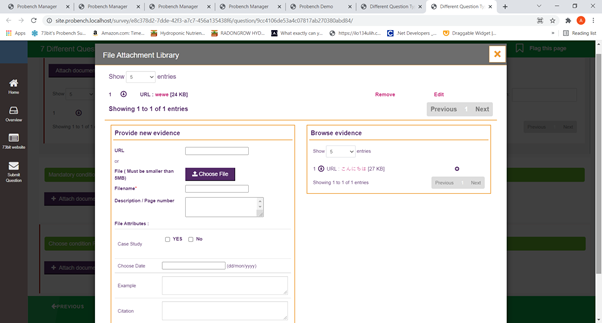 To know more about the changes please visit Evidence Library

After this release only those surveys will be visible which belongs to the same region / group as the Administrator logged in to the system. If an administrator does not belong to a certain group then the survey that belogs to the same group would not be visible on Manage Surveys list page.

Blank survey titles were allowed before this release which did not make any sense so added a validation so that blank titles are no longer allowed by the system.

Survey cannot be submitted if there are any flagged indicators

System would no longer allow the users to submit the surveys till the point there is any indicator is the survey flagged. This is implemented so that if users wanted to revisit any indicators and submitting it by mistake than its a safegaurd for those instances.

Was this article helpful?
Thank you for your feedback! Our team will get back to you
How can we improve this article?
Your feedback
Comment
Comment (Optional)
Character limit : 500
Please enter your comment
Email (Optional)
Email